I love The Pioneer Woman.

She's an inspiration to me.

However, I like tweaking her perfection to healthy perfection.

I love using organic ingredients and a bit more of a clean and whole grain approach to food.

Her Cinnamon Roll recipe is amazing.  I'm not about to fix what ain't broke but I will "healthify" it by tweaking the flour and using all organic ingredients.  It cleans it up a bit.  I really need every excuse in the book NOT to eat these!

I've been making her recipe so often that I have it memorized.  Is that bad?

Hey, I have a lot of hungry boys to feed in this house. And I made the "mistake" of making these for my nephews so now I'm pretty much required to bake these every time they sleep over.

I often bake with organic Spelt flour which is considered an ancient grain. It's higher in protein and a bit easier to digest, and doesn't give you that whole "wheat" taste that I do not like. 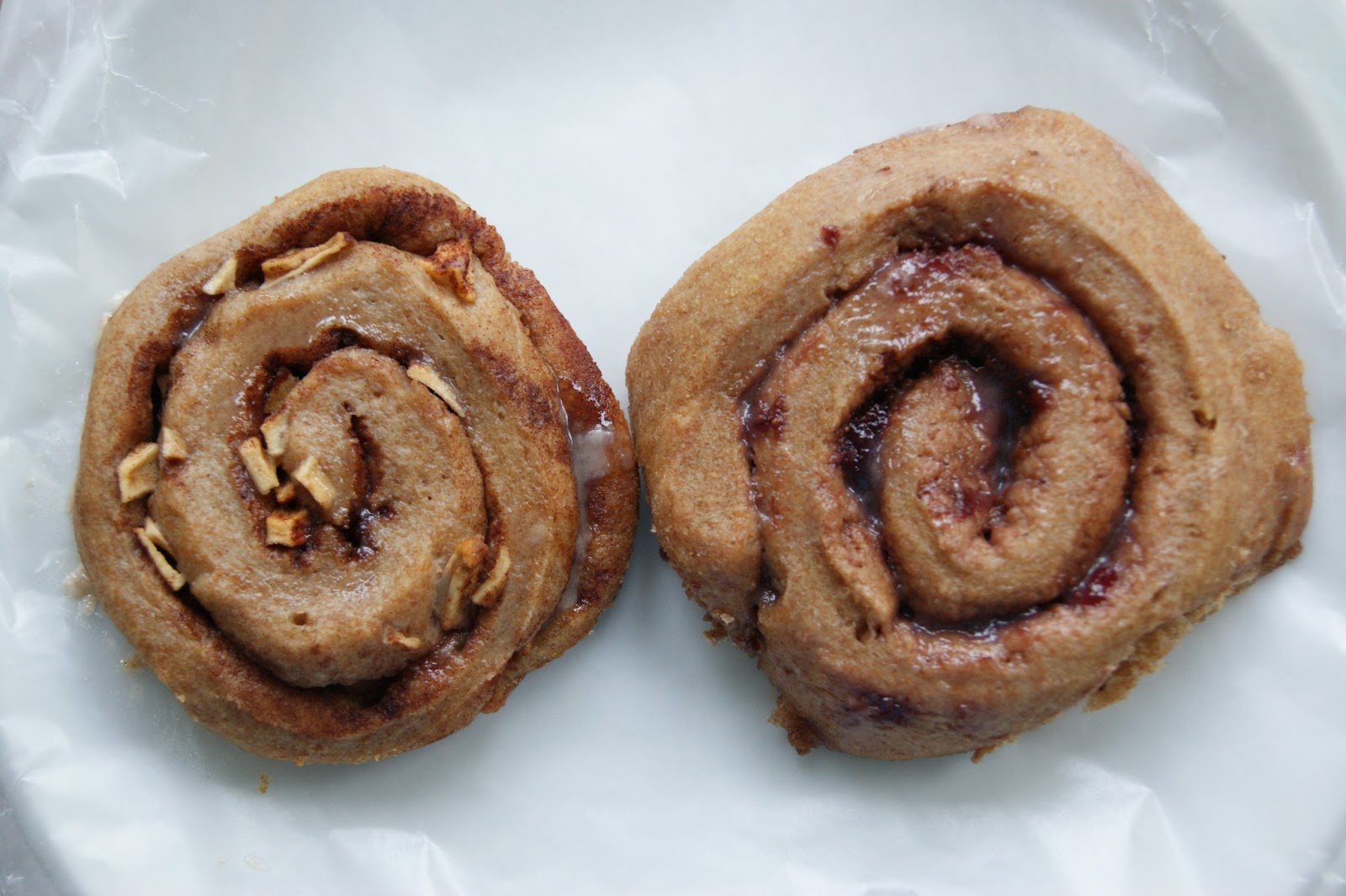 Since I bake these regularly, I've decided to start tweaking the flavors I use.  I like to think of it as a seasonal cinnamon bun.

I have great plans for blueberry and peach season coming up. Stay tuned! 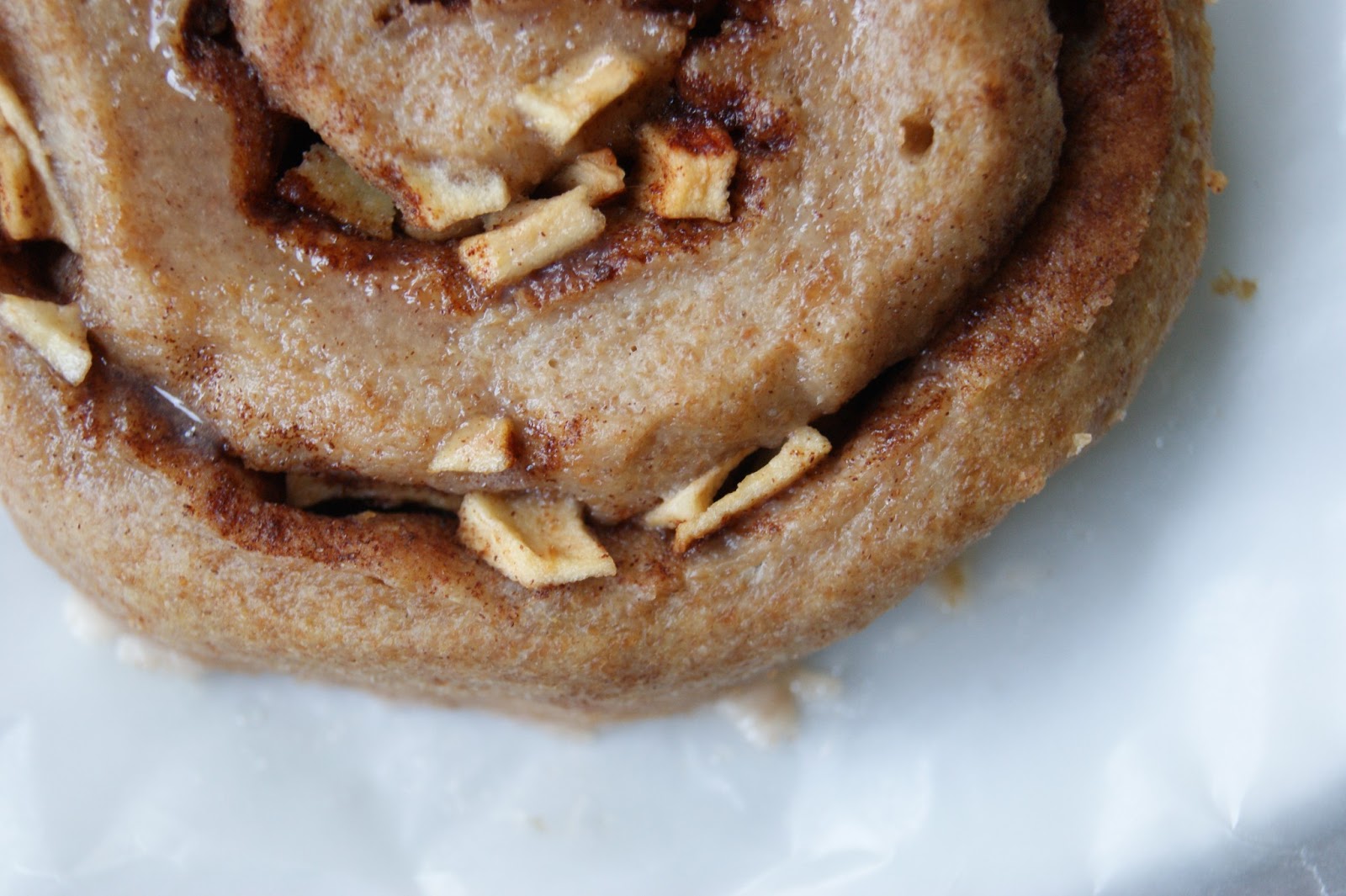 I love "apple-anything" so I thought I'd try putting bit of apple on the dough before I rolled it out. 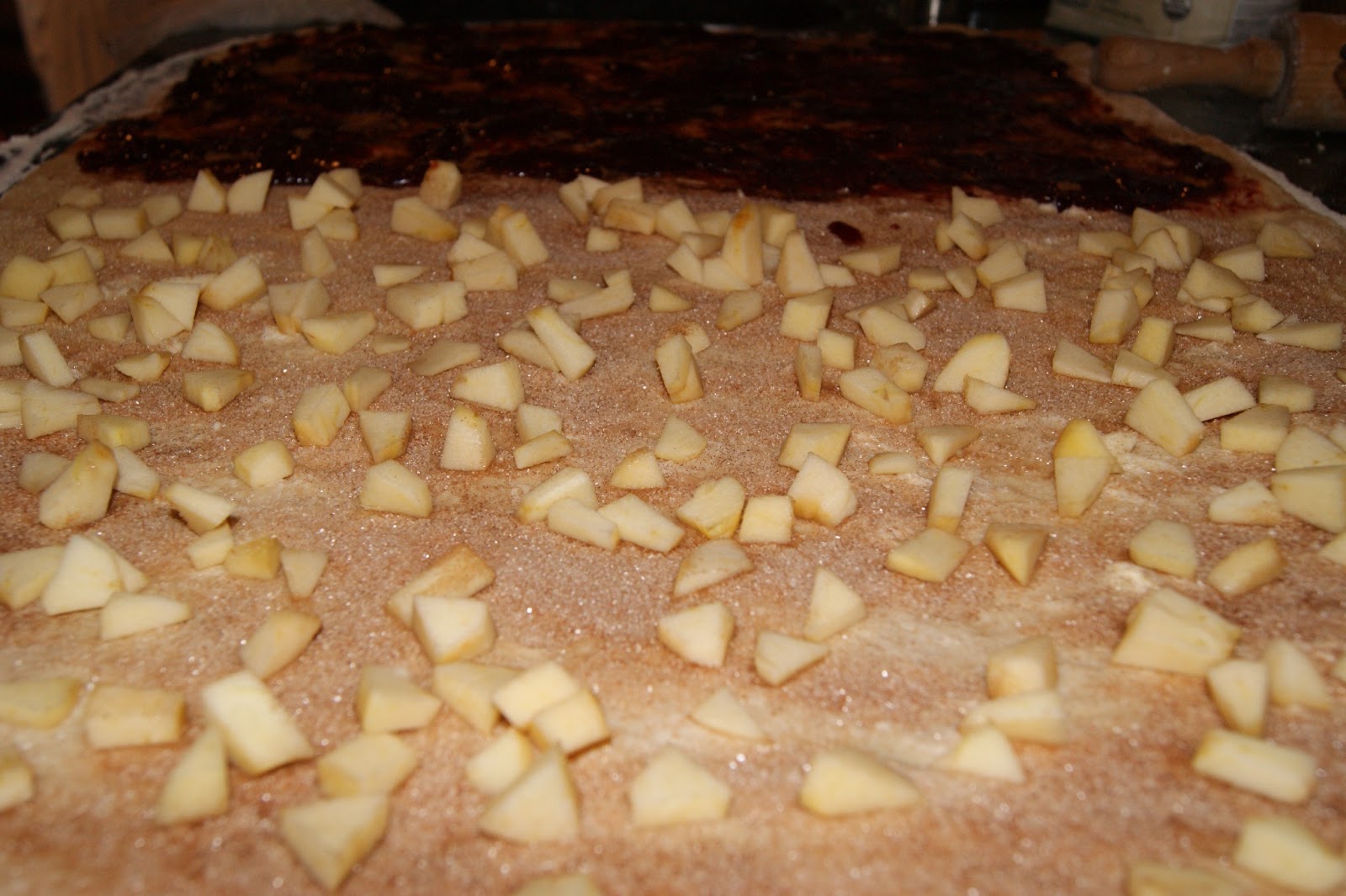 I was going for 2 flavors. 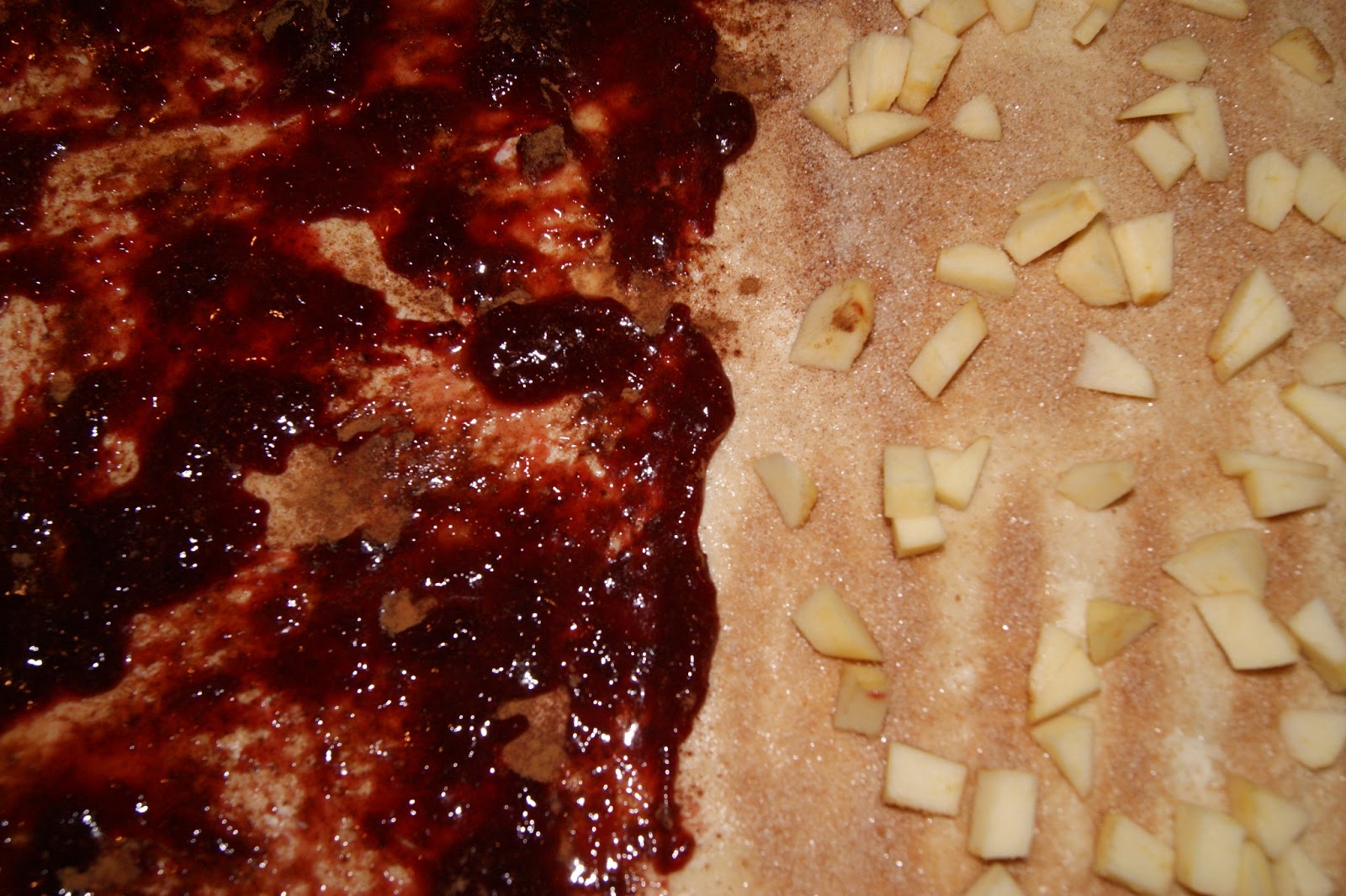 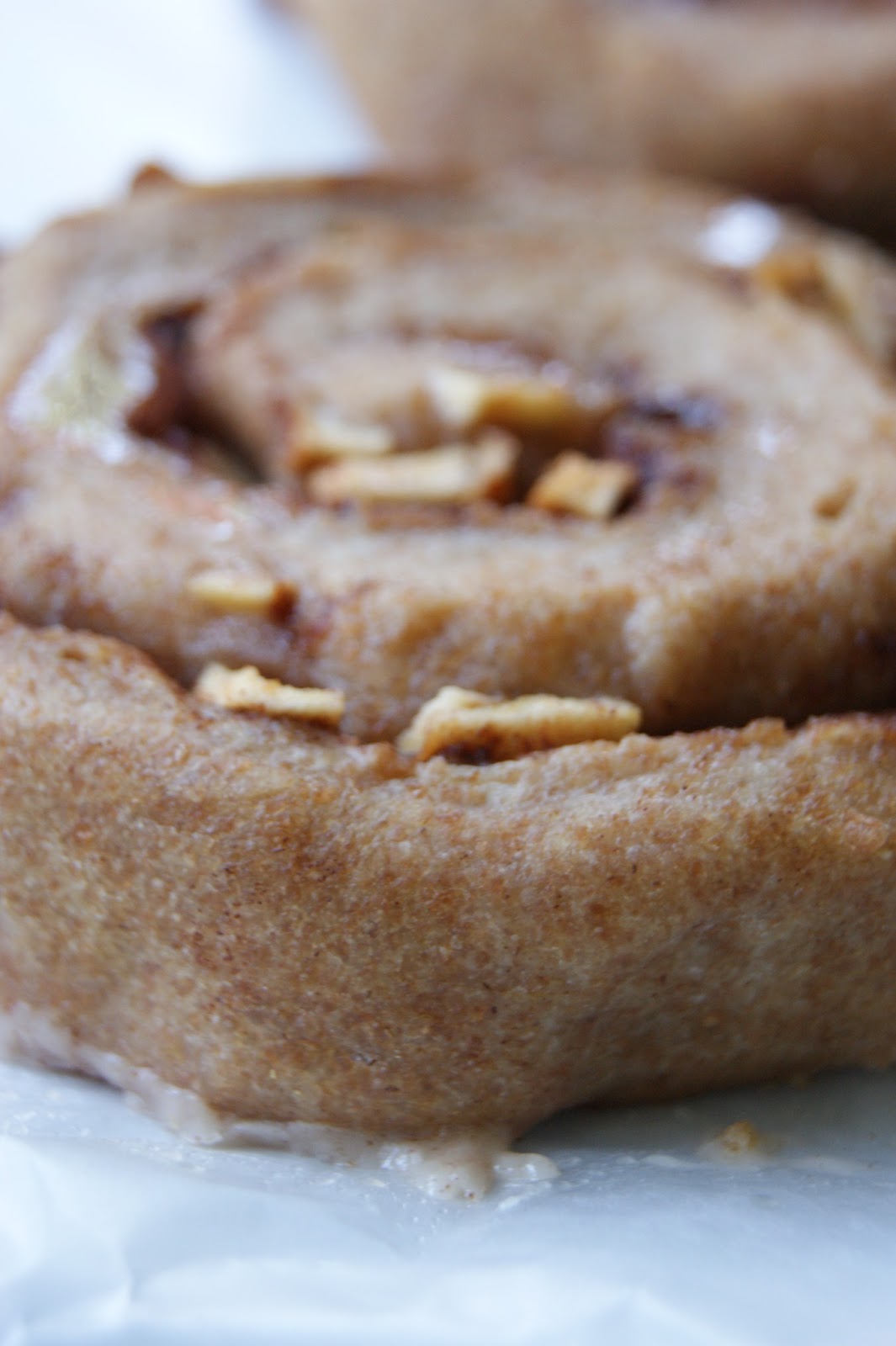 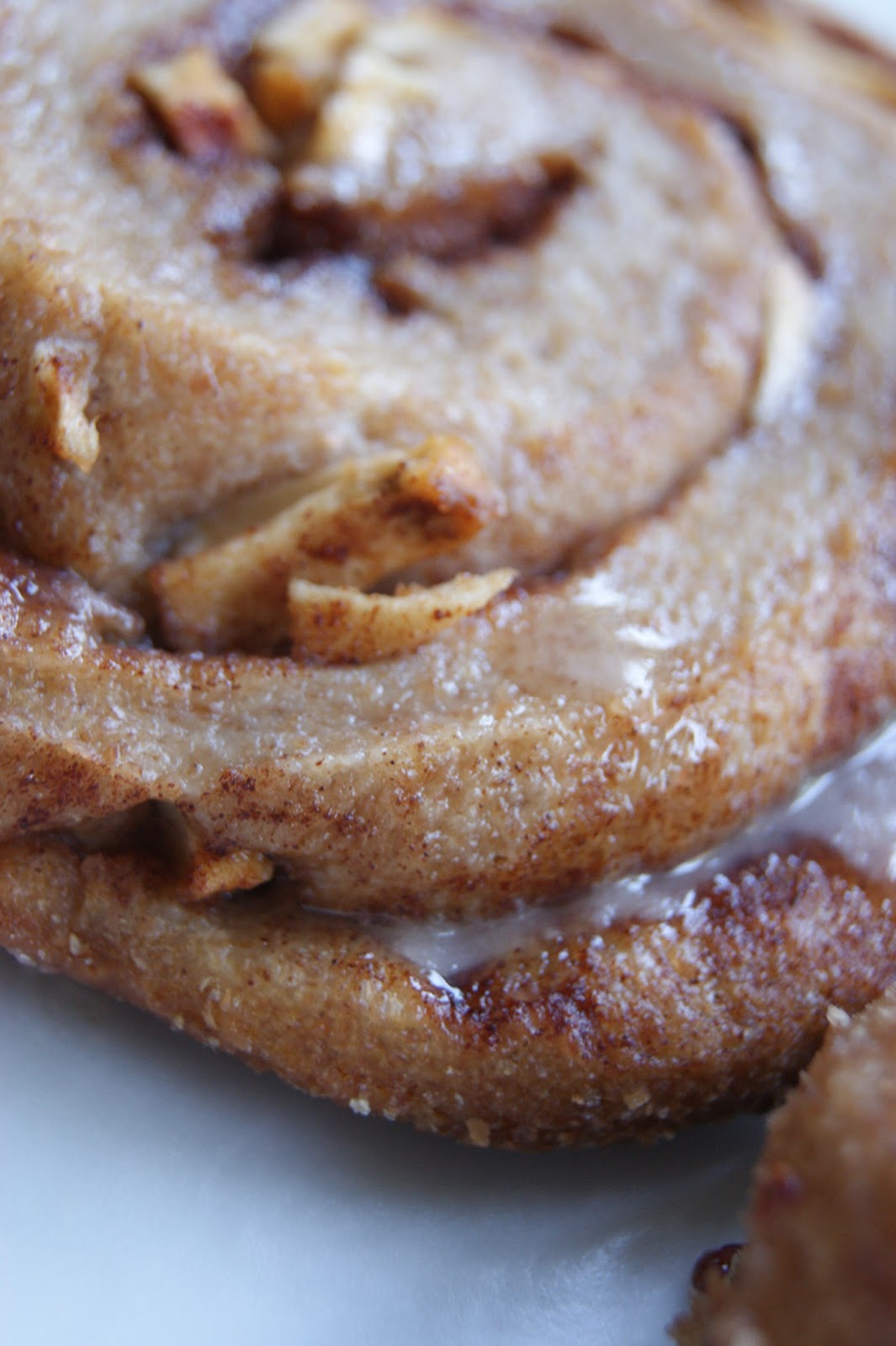 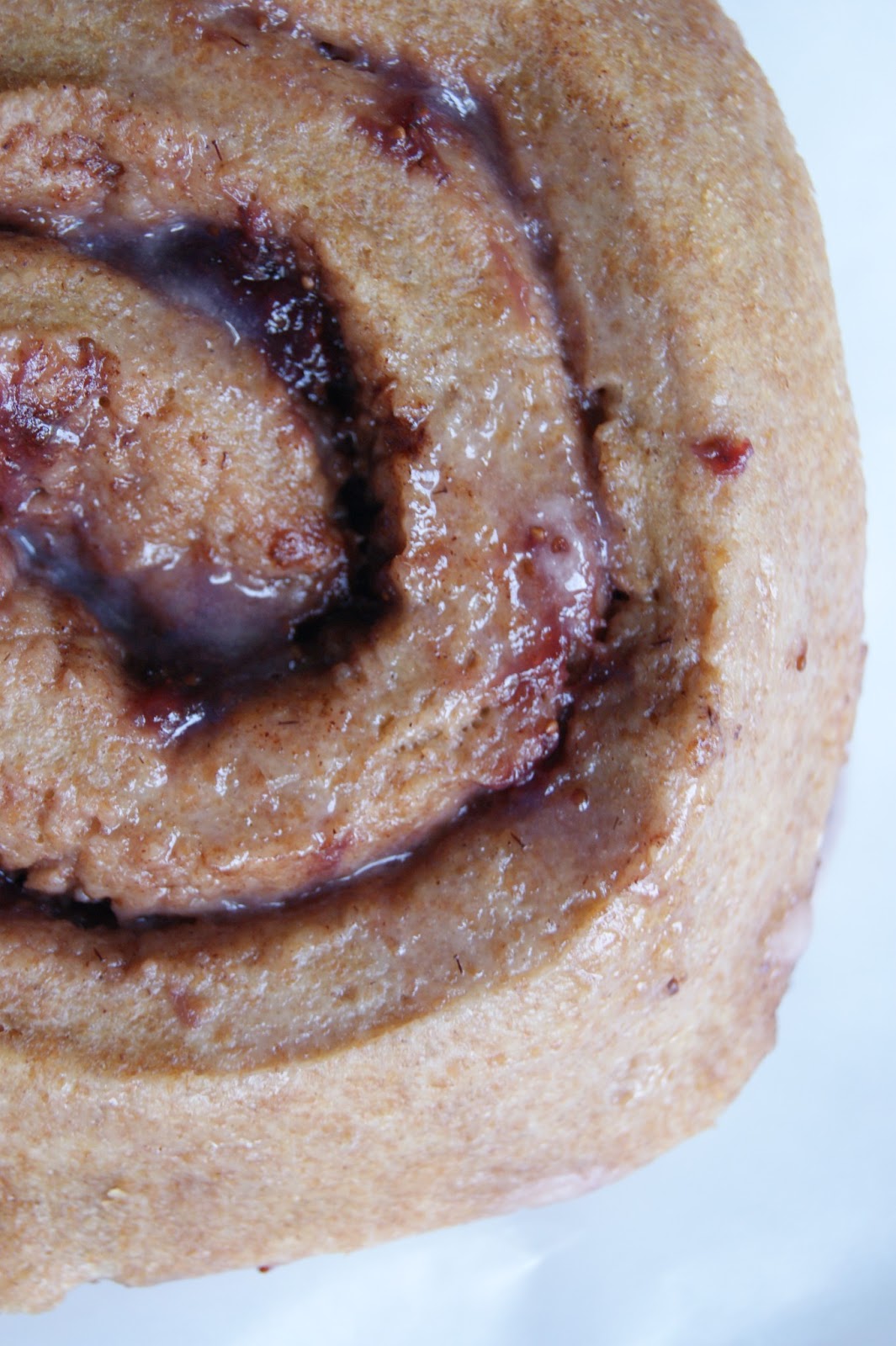 The Strawberry flavor has become a family favorite.

I actually went strawberry picking twice so I would have enough strawberries to make more jam.

It's the bun's fault. 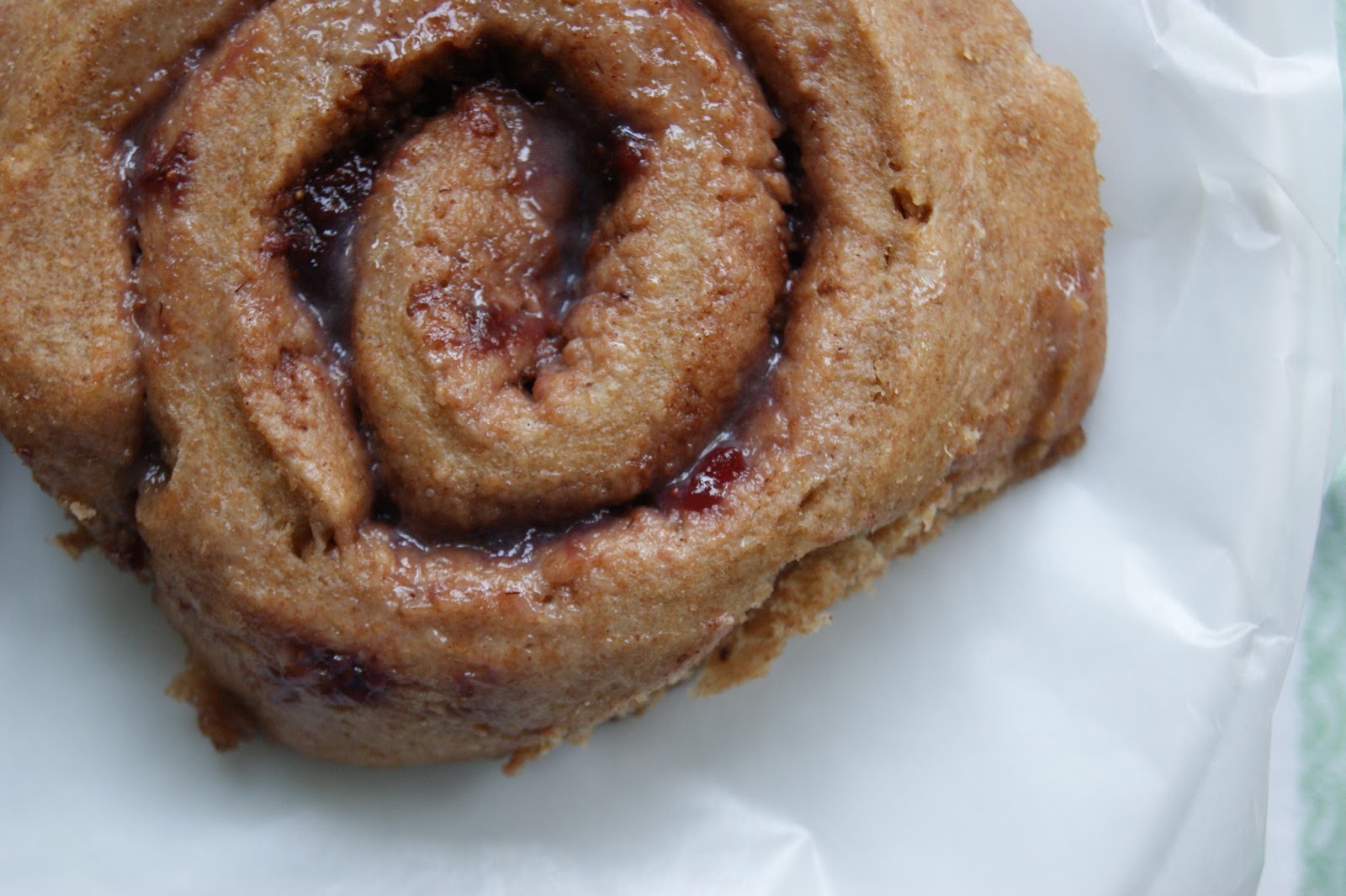 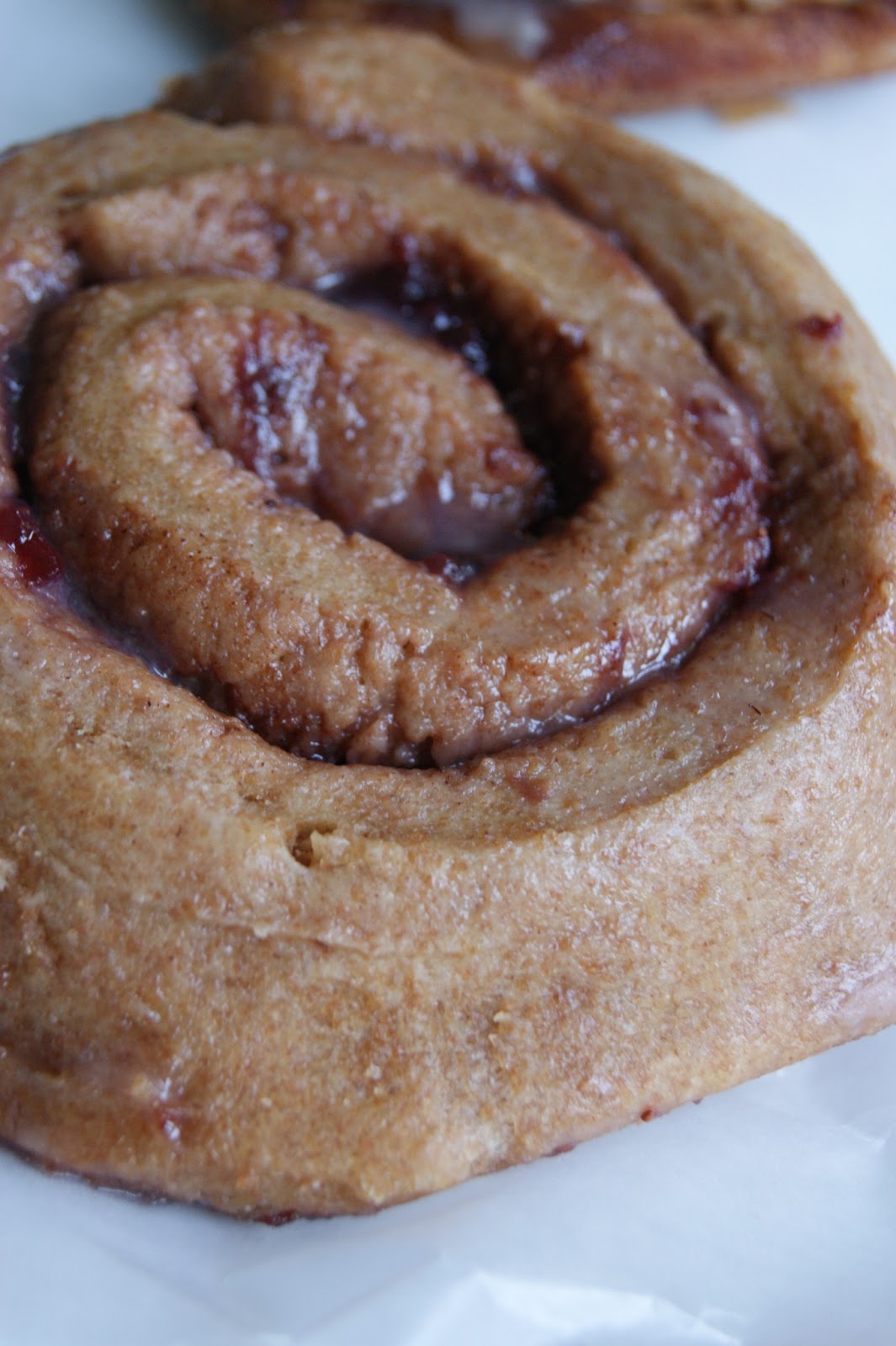 I just add a bit of strawberry jam to the icing to give it some extra color and flavor.

Mix all together with long wooden spoon. Cover. Leave in warm spot for at least 1-2 hours. I find that if I make the dough in the morning, it rises even more if I don't make the buns till late afternoon or evening.

Add:
1-2 cups organic spelt flour. Knead into a ball, adding flour till pliable.
Sprinkle flour on clean work surface.
Roll out flour in large rectangle (about 30 inches by 18 inches)
Whatever looks good and will also roll up.

For Apple cinnamon:
2-3 Tablespoons soft (not melted) organic butter
Spread on the half of the rectangle
Cinnamon Sugar: Mix 1-2 teaspoons of cinnamon with 1 cup sugar. Sprinkle over the butter evenly.

For Strawberry:
Spread 1/2-3/4 cup of strawberry jam over other half of rectangle. Sprinkle with cinnamon (no sugar)

With a sharp knife, cut down the center of the divide.
Roll up the dough so the long part is the length of your roll. You want a long roll of dough.  Pinch the seams shut all around so you don't lose apples when you cut and pick up your rolls.

Spray the pans with cooking spray (PW uses melted butter. I have enough butter on my body, thank you.)

Again, do what you like and what seems to work for you.
I usually put 5-6 in a pie plate and 6-7 in the large pan. The ends of the rolls are usually a bit smaller.

Let the rolls rise in a warm place for a while till they fill out the pan a bit more.

Icing:
In a small bowl, add 2 cups organic powdered sugar, 1/2 teaspoon vanilla extract, and enough milk to make the mixture runny (maybe 1/3-1/2 cup?) Use a whisk and add a bit of milk a little at a time.

Drizzle over the buns.

Try not to eat them all at once.

Great post full of useful tips! My site is fairly new and I am also having a hard time getting my readers to leave comments. wordpress web development company

If you can use the organic elements for your recipe then you might conscious about health as I am that kind of person who use such method to maintain better health.