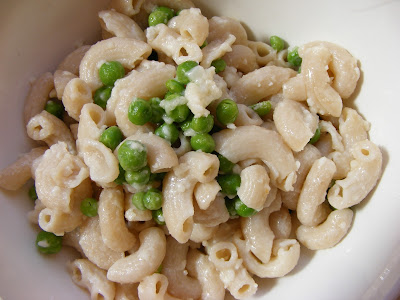 ﻿Is it "cheesy" or "cheesey?"
Whatever the spelling, it's easy.
It's also known as "Cheater Mac & Cheese." I'm all about cheating in the kitchen. It's just healthier cheating.
﻿ 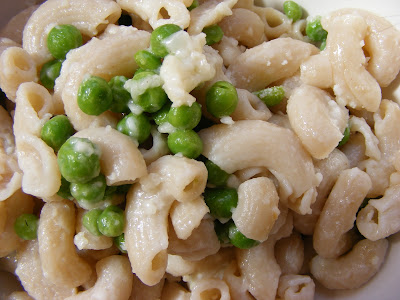 ﻿One of my "go to" lunch recipes is not really a recipe at all. I find that I don't cook with a lot of recipes. It's probably because I've been cooking for our family for 16 years and I'm now cooking "by feel" more than anything else. That's sounds a little scary.
Today, I put on a big pot of water to boil. Once boiling, I added a bag of Organic Brown Rice Pasta Elbows and cooked them till Al Dente. (Who is he anyway?) 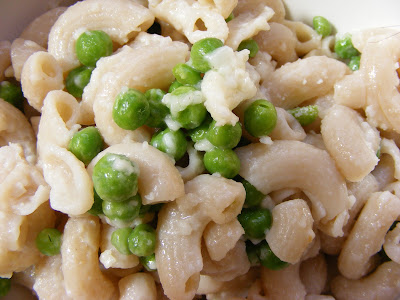 I've stopped buying pre-packaged mac & cheese mainly, because we are giving "wheat-free" living a shot, but also, because even when you buy the organic brand, it tastes a little bitter and plain old fake.
Once the pasta is cooked and drained, I dump it into a big bowl. I either drizzle it with organic extra virgin olive oil and/or a tablespoon or so of butter. Today I used both! I stirred it around, sprinkled the pasta with sea salt, and then ﻿liberally added shredded Pecorino Romano. Parmesan will do too. My other secret is to sprinkly it with some garlic powder. Give it a good stir.
Three out of the four boys love peas in their pasta.  Sometimes I just throw them in the bowl frozen and dump the hot pasta over the top. They defrost in no time at all. 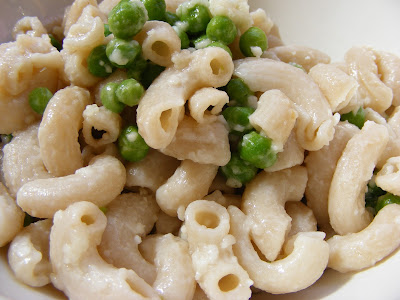 Okay, so it's not TRUE macaroni and cheese, no gooey cheese sauce with milk and butter, but it's really tasty and MUCH faster to make (and a whole lot better for you.)
And... everyone loves it and that's what counts!﻿
Happy Eating,
THE LUNCH LADY
Posted by The Lunch Lady

Email ThisBlogThis!Share to TwitterShare to FacebookShare to Pinterest
Labels: Food